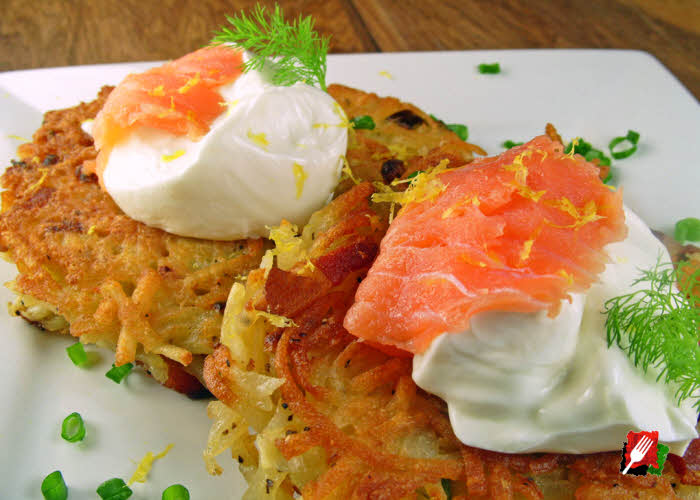 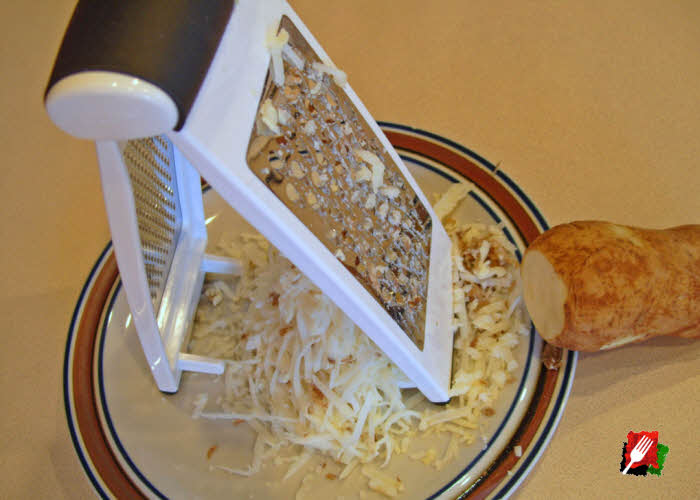 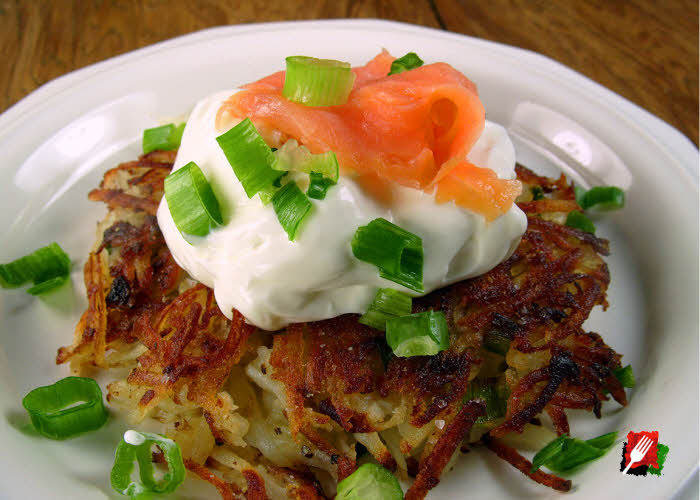 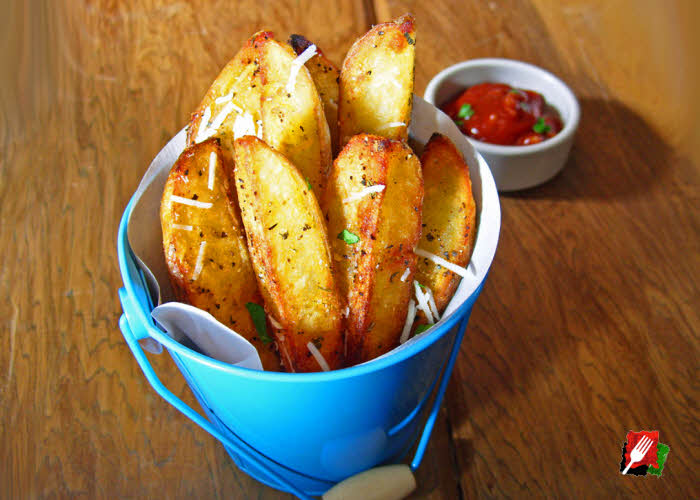 Prepare Parboiled Potatoes in Advance
Clean a dozen medium russet potatoes by scrubbing them under water. Put potatoes in a large pan, cover with cold water, place on stove then bring the water to a boil over high heat. Let the potatoes boil for 15 minutes. Stick a fork into a potato to check if it’s done.

When done, immediately remove pan from the heat, go to the sink and gently pour the potatoes into a colander to let air dry for 1 to 2 hours, then wrap in paper towels and store in a plastic bag in the refrigerator. Makes about 5 pounds of parboiled potatoes and lasts 5 to 7 days in the refrigerator. See (how to parboil potatoes).

Parboiled potatoes cook much faster, retain the flavorful moist starches but aren’t wet, plus they won’t discolor after shredding for hash browns or potato pancakes.

Using the large holes of a box grater, shred 3 or 4 parboiled potatoes (about a pound an a half). In a large mixing bowl, combine the shredded potatoes with the finely chopped onion, beaten egg, flour, salt, and pepper, then set aside. Put bacon grease or 50/50 butter and olive oil in a large skillet over medium-high heat. When the oil is hot, swirl it around the bottom of the pan, then add about 3 tablespoons of the shredded potato mixture per pancake to the pan, gently flatten slightly with a fork until about 1/2″ thick. Depending on the size of the skillet, fry 3 or 4 pancakes at a time (do not crowd the pan) until crispy and golden brown on the outside and still tender on the inside, about 3 minutes. Then turn over with a spatula and cook the other side another 3 minutes.

Place cooked potato pancakes on paper towels to drain briefly. If you’re making them for several people, keep the finished potato pancakes in a warm 225° oven while you cook the rest, then serve them all while hot. Plate with applesauce and optionally top with sour cream, smoked salmon, chopped scallions and/or dill. 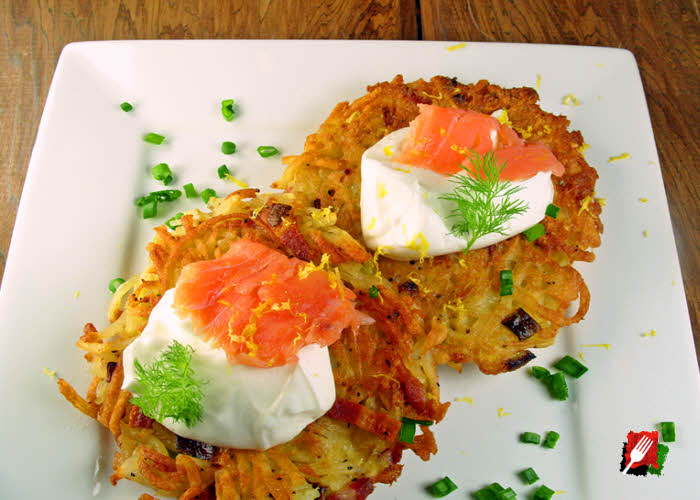